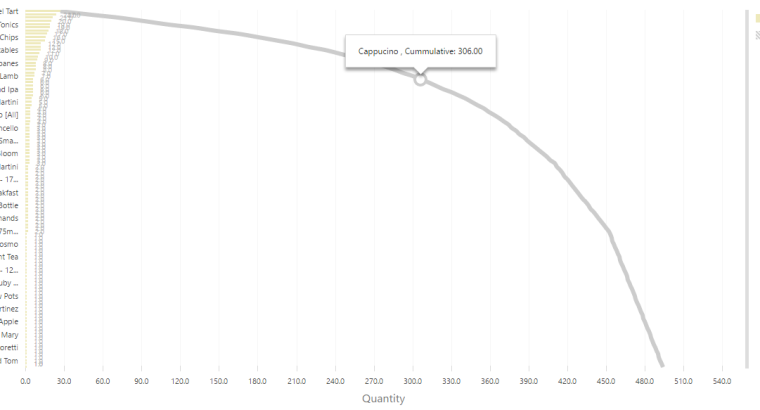 Today, I will show you some new features in our Item Categories Overview in Analytics app.

For example, in the following chart you can easily see that revenue amount is well dispersed among the items sold – 110 items out of 139 items in total contribute to 80% of the revenue. Further, you can see that about first 10 items are the major revenue source.

We hope you will find this improvements useful.

Your Analytics for Clover Team

Unsold items & how to find them in the Analytics BusinessQ app

We are all thinking about what we sell and which items are our top sellers,…

Hi all, Recently, we are in the 5th gear with adding new reports & features…

Use Analytics to track your best and worst selling products